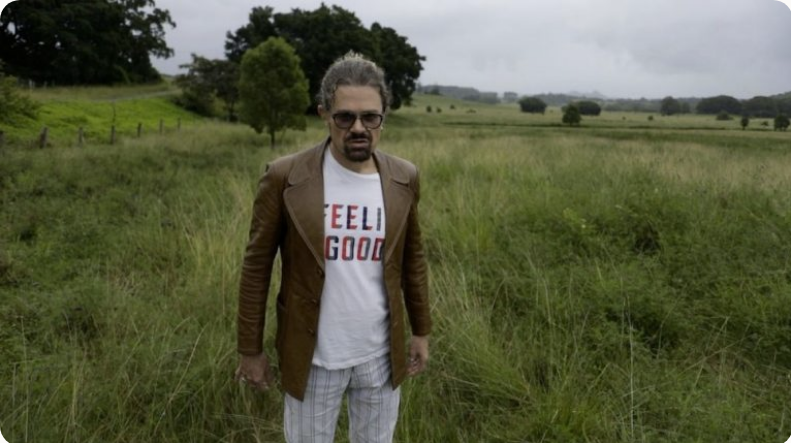 ARIA award-winning artist Tyrone Noonan may have begun his career with an accolade-heavy decade with his sister Katie Noonan in george, but with his first album in nine years, Utopia?, it’s clear Tyrone was always leading us to this.

Utopia?, released last October as the long awaited follow-up album to debut album I Believe, is the ultimate collection for anyone tapped in to the globe’s crises. The album bounces from beautiful pop moments to soaring ballads to ’80s rock gold, all layered with meaning and powerful themes to unpack.

“I’m attempting to create a journey through the myriad of human emotions, both on a personal and a global level, that we are all facing right now,” Tyrone said.

“This is a record for those yearning for a better path; something I think so many people on this planet agree with. Things are evolving so quickly, but amongst the 24 hour news cycle, there’s not enough balance between the negative and positive. This album tries to bridge that balance.”

“With Utopia?, Tyrone Noonan harks back to the golden era of 1980s Australian indie rock excellence in a way that is anything but stale. It’s a sonic melting pot; fusing unabashed pop with luscious, sprawling ballads. It’s a bloody treat from start to end.”
– Geordie Gray

“After a nine-year wait between solo releases for Tyrone Noonan, Utopia? feels like an encapsulation of everything he’s absorbed in that time. Pop gems and gorgeous ballads are interweaved with psychedelic bangers, and all carry some heavy personal and socio-political themes. It seems like Noonan has experienced quite a lot of stuff over the last nine years and he’s put it all onto this record.”
– Alexander Pan

You can also now purchase a limited edition 12″ vinyl version of the album (with free digital album download included) from Bandcamp here: https://tyronenoonan.bandcamp.com/album/utopia

Sorry, the comment form is closed at this time.