Rolling Stone, Tone Deaf and The Brag record of the week! 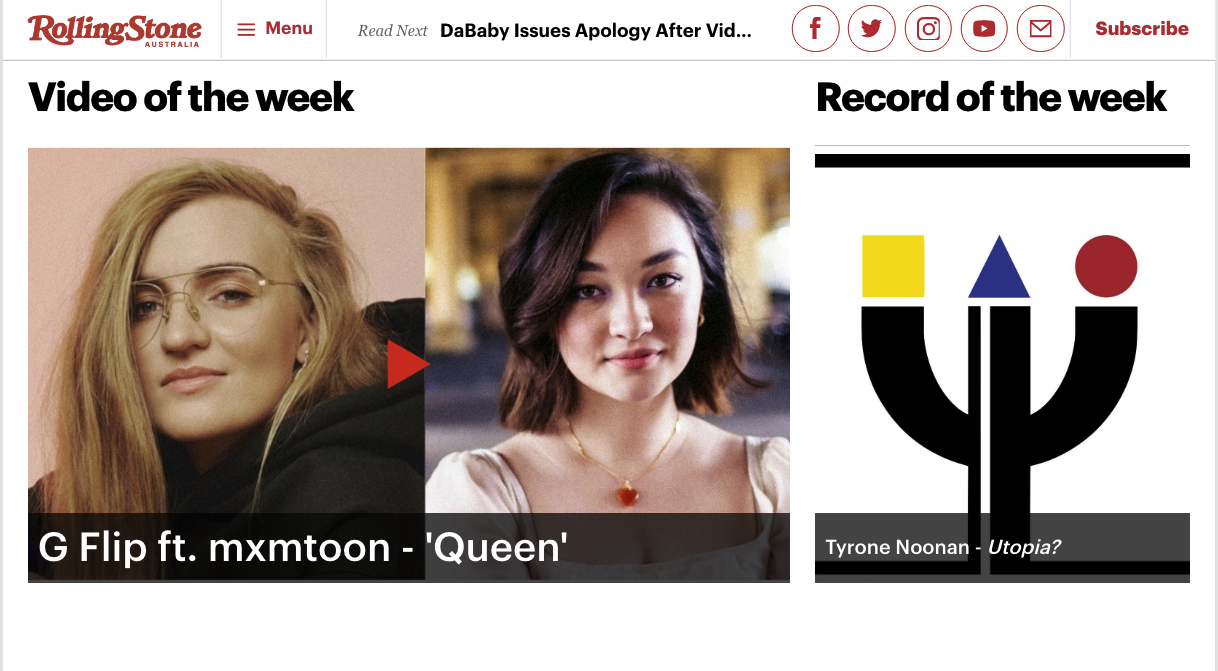 19 Jan Rolling Stone, Tone Deaf and The Brag record of the week!

I am absolutely blown away that the good people at #SeventhStreetMedia, Australia’s largest music media publisher which includes #RollingStoneAustralia, #ToneDeaf and #TheBrag, have decided to declare my latest album #Utopia? Record of The Week across all platforms: https://tonedeaf.thebrag.com/record-of-the-week-tyrone-noonan-utopia/

You can also now purchase a limited edition 12″ vinyl version of the album (with free digital album download included) from Bandcamp here: https://tyronenoonan.bandcamp.com/album/utopia

When I paid for my subscription to Rolling Stone late last year (long live print media!), I received a personalised email from the lovely Managing Editor #PoppyReid and so I decided to email her late last week as I had not yet received my second magazine in the post, and thought I’d throw in a link to my new album too.

I thought it was a bit cheeky messaging her directly, but I had her email address as a contact and so I hit the send button. Not only did she get back to me that afternoon with a promise to sort my subscription, she also promised to give the album a good listen over the weekend.

Today I received another email from her saying “We love the album so much we made it Record Of The Week”! As any other artist would know, 2020 was a tough one and I could not think of a better way to start the year than this!

Much love and big thanks to Poppy and the other reviewers Geordie Gray and Alexander Pan!

Sorry, the comment form is closed at this time.